Action Against Hunger has just launched a pioneering cash-for-work project in the towns of Tyre and Nabatieh, in south Lebanon, which is providing humanitarian assistance in the form of cash to around 400 unemployed Syrian refugees and host Lebanese, in exchange for work. Lebanese make up about a third of this group, and the help is urgently needed. Hosting many thousands of Syrian refugees has taken a toll on Lebanon’s resources and economy, where the refugees now comprise a full 25 percent of the population. While most jobs will involve manual labour and thus employ men, their entire families will benefit from the income they bring in.

“Assistance in the form of cash-for-work encourages the active participation of refugees, benefits the community, and involves local authorities. All of these factors help to ease tensions emerging between refugees and Lebanese.“

The participants receive € 15 a day for 10 days of work per month, for up to three months, and the shifts last for six hours. As well as the manual labour, the project also provides grants for families to start income-generating activities, for example like producing food to sell.

Furthermore, cash grants will also be provided to the most vulnerable, including single mothers and men over 60 who aren’t able to perform strenuous manual labour.

Selected participants will work on local teams. Ayman Ibrahim Alghalal, who is helping to run the project for ACF in Tyre, says “the teams will undertake much-needed work which will make big improvements to the towns where they live.” According to Ayman, since the refugees arrived, “the costs of public services in these areas have doubled, a reality that has led to increased tensions in the communities.”

In Nabatieh alone, more than 70 applications were received in the first three days. ACF has high hopes for this project’s success, and we thank the Humanitarian Action of the European Commission (ECHO) for the funding support to make it possible 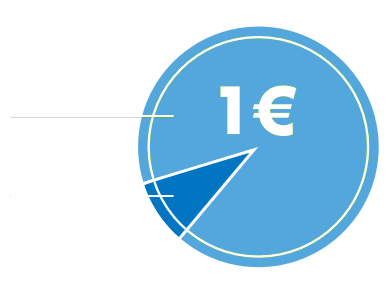